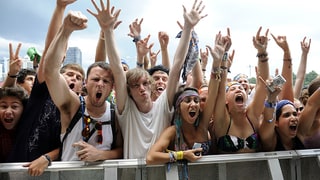 Peak summer festival season has arrived! Check out the wildest blow-outs still to come, from Lollapalooza to the Gathering of the Juggalos  DJ Hustle

Hit producer Mike Will Made It will make his debut festival appearance at the EDM/hip-hop event, which takes place at the Auto Club Speedway in Fontana, California. Other performers include Mobb Deep, JME, Yehme2, Doctor P, Anna Lunoe, Kayzo, Brodinski, Jaiwolf and Snakehips. Tickets go on sale Friday, April 28th via the Hard Summer website.