Sean “Diddy” Combs made a surprise appearance at the 2017 Billboard Music Awards this evening in Las Vegas, on what would have been The Notorious Big’s 45th birthday. The flagship artist of Diddy’s Bad Boy Records, which he started in 1993 as a vehicle for Big and Craig Mack and which went on to a wildly successful run as one of hip-hop’s most historically significant record labels, B.I.G. was killed 20 years ago this March, just weeks before the release of his sophomore album, Life After Death. DJ Hustle

“It all started with the Notorious B.I.G.,” Diddy said, referencing Bad Boy’s creation and its 500 million albums sold over the past 20-plus years. “Big sold over 25 million records worldwide; his Ready to Die album, his Life After Death album, classics… Biggie was the best rapper I ever had the chance to work with. Watching him and seeing him work is something that words can’t explain.” HustleTV

Diddy then led the crowd in a standing ovation and ran a clip of himself presenting Big’s mother, Ms. Voletta Wallace, with a special award at the BBMAs shortly after her son’s death. He then introduced Big’s son, CJ Wallace, himself an aspiring actor and artist, who delivered a short but poignant tribute to his dad, saying, “I know my father is looking down on all of us tonight.”

But then Diddy referenced the 20th anniversary of Bad Boy, which he celebrated with a tour last year alongside his former artists Faith Evans,112, The L.O.X. and Ma$e, among others. A documentary about the label’s history, Can’t Stop, Won’t Stop, will be released June 25th via Apple Music, and the mogul debuted the trailer for the film live on the BBMAs. Check out Diddy’s tribute below. HustleTV

Artist Windy O’Connor….She Shares her Wisdom as an Artist and in Business. 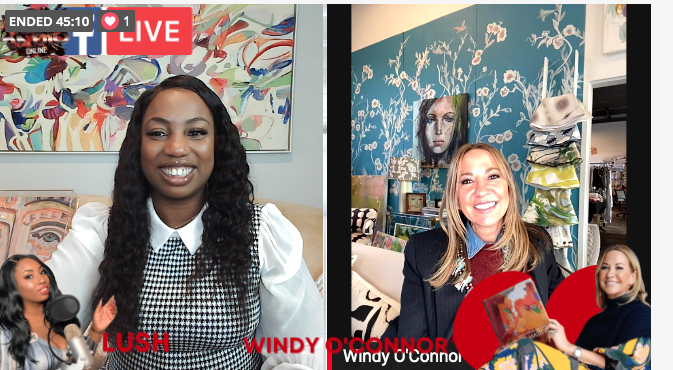