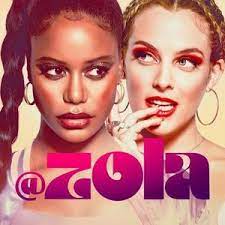 I had the pleasure of screening the new movie “Zola” based on the real-life saga that had the internet going crazy with her epic 150-tweet.  It was vividly captured through film. The cast was amazing. Zola the main character who was an exotic dancer was tricked into escorting and sex trafficking. There was a comedy, suspense, and some disturbing scenes that highlighted some of the traumatic experiences she faced during this trip to Florida.  It is an amazing film and I’m glad her story was brought to light because I actually read her tweets in 2015.  It is a must-see movie.

#TheStory by Aziah Wells officially enters the literary canon.
On October 17, 2015, A’Ziah “Zola” King shook the internet with her epic 150-tweet tale of a Florida road trip from hell. Screenshots of her tweets instantly went viral (presaging what would later become the Twitter ‘thread’), while #TheStory trended worldwide. Zola was heralded as a 21st century digital Homer. The internet, and the culture, were forever changed. In collaboration with Zola director Janicza Bravo and Zola herself, A24 proudly presents The Story, a new book immortalizing @_zolarmoon’s surreal saga in print for the first time.

Based on Tweets by | A’Ziah-Monae “Zola” King

Based on the Article by | David Kushner, “Zola Tells All: The Real Story Behind the Greatest Stripper Saga Ever Tweeted”

Synopsis | “Y’all wanna hear a story about why me & this bitch here fell out? It’s kind of long but full of suspense.”

Thus began the odyssey of one A’Ziah King, aka ZOLA. From acclaimed writer/director Janicza Bravo, Zola’s stranger than fiction saga, which she first told in a now-iconic series of viral, uproarious tweets, comes to dazzling cinematic life.

Zola (Taylour Paige), a Detroit waitress, strikes up a new friendship with a customer, Stefani (Riley Keough), who seduces her to join a weekend of dancing and partying in Florida. What at first seems like a glamorous trip full of “hoeism” rapidly transforms into a 48-hour journey involving a nameless pimp, an idiot boyfriend, some Tampa gangsters and other unexpected adventures in this wild, see-it-to-believe-it tale.