Publisher/C.E.O/E.I.C/ Writer/Poet/ Host /Motivational Speaker/Radio Personality/Program Director/ Organizer/ Event Planning/Activist/Daugther/Niece/ Woman/ Sister/ Mother/ Friend.
I’m a very social and friendly person, usually the one either organizing the event or working it, lol. I have a huge heart (which is my greatest downfall) and I’m a loyal and forever friend, (just don’t take me for granted.)
I have been in the music industry for more than 25 years; I have worked for and with the best in the business, in just about all fields from street team, road manager, stage manager, artist manager, promotions manager, publicist, program director, adviser, etc…but my main passion has always been writing, after several years of writing for hire, and being a staff writer in 1999 at In The House Magazine (a Latin publication from P.R), I decided to create a platform for my work so E2K Magazine was born in 2000 as a Hip Hop Magazine, at the time I had all the ties to make it happen but as I followed that journey, I did not like the way that women where portrayed in Hip Hop or in the publication world. I decided to fall back and not feed into that negativity so I turned E2K Magazine on-line, I was approached by my very dear friend Jaecie and was asked to be President of her company called Its a She thang Entertainment. All along I continued to do my community events, open mics/networking events, festivals, club promotions, annual picnics, “Give Thanks” dinner, toy drives and my networking events under both companies. I continued to do interviews, write my articles and post them on the internet. Show up at events, shows and concerts to do write ups on the latest artist, and fashion.
Then the women began to email me and talk to me when they saw me about how the industry did not want to hear about women that own their own business, that are independent and actually own their own cars and houses. It was then I realized my market had found me and I woman up and E2K Magazine was re-introduced to the public with a change in the logo and in 2004 as a Women’s Life Style Entertainment Magazine and my woman movement began in a public forum. (Actually I have been advocating for women all my life)
In the beginning 2008, I began to co-manage an artist called NYRAINE. In the summer I was approached by Val-diddy to join RS Radio having a 10 minute segment which I named “E2K on the Spot” air every Saturday. Then in the end of 2008 Polo (Exclusive fashions & Furs) introduced me to lush and she offered me a spot on Lush Radio every Thursday as a Street Queen ambassador and panelist with other very powerful women in the industry. I continue with my movement now in alliance with all my Street Queens ambassadors and those that are in a positive road to succeed.
March of 2010- I facilitated along with Alianza our first Girls conference in NYC,
April of 2010- I was made President of Street Queens the movement.
In July of 2010, I was offered my own radio show every Saturday from 8-10pm on Lushradioonline.org which is called E2K On The Spot- Real talk, Real Life w/EmmaE2K followed by my Tuesday midnight hour #feelgoodmusic show.
May/2011- I began Queenz healing Queenz women’s seminar conferences.
Jan/2012- Became Founder/CEO of E2K ENTERPRISE, LLC
May/2012- Became official journalist at
www.ihhparade.org
June /2012, I came back from a 3 month break off air and started a new show on Lushradioonline.org called “The Queen’s Lounge” every Tuesday from 10pm-11pm playing #FeelGoodMusic and discussing Hot Topics.
Oct/2012- Started #MotivationaMondays show (from 10am-11am) on Lushradioonline.org to play uplifting music and recite positive statements.
Dec/2012- launched
www.EmmaE2K.com
Jan/2013- Moderator of group page on facebook.com/Supersize Spanishfly
Feb/2013- became member of The National association of Professional Women
March/2014- Founder/C.E.O of E2K Worldwide, LLC
E2K Worldwide, LLC is a company that specializes in Marketing-Promotions for women entrepreneurs; along with creating awareness on topics that affect or benefit women. We have offered community services for over 15 years, in and out of the state of Florida. We are dedicated to the uplifting and motivation of women for the benefit of their families and our society.
July/2014- became an official blogger for www.lushradioonline.net
Oct.25th, 2014- 1st Annual #E2KWalk4aCause for Domestic Violence Awareness
Dec/2014- E2KAdoptsAFamily Event
Jan/2015- Networking Event/Meet and Greet     Bx, NY
Feb 14, 2015– One Billion Rising Event            Kissimmee, FL 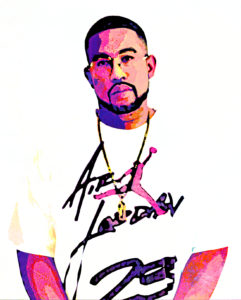 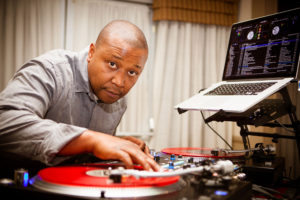 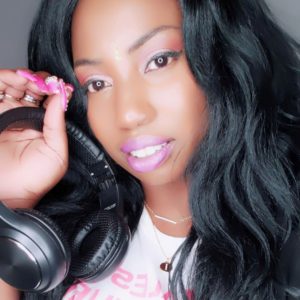